The United States is among the top ten largest energy consumption per capita in the world. Non-renewable energy sources are depleting. It is time for us to gain an understanding of the alternative: what renewable energy is and why we should take advantage of it.

Wind energy is generated from wind turbines. There is kinetic energy in wind, and as the turbines rotate they are able to capture some of this energy and instantly turn it into electricity. One wind turbine could produce power for about 1,400 houses. 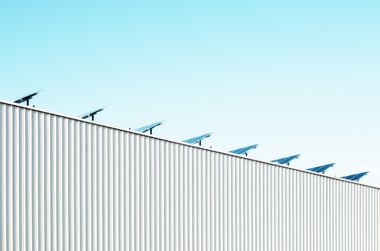 Solar power is generated through solar panels absorbing energy via sunlight. The energy absorbed by solar panels is converted into electricity. It is much more powerful than one would think. According to National Geographic, every hour the sun beams onto Earth, it produces enough energy to fulfill energy needs globally for an entire year.

Hydro power is a form of renewable energy that uses a turbine just like wind energy. However, the flowing water (usually stored in dams) is what contains the energy that the turbines convert into electricity. These turbines rotate underwater and capture the energy in the flowing water. Every state in the U.S. uses hydro power, and over 70% of Washington State’s electricity comes from hydro power. Photo credit: water.energy.gov

Geothermal energy works by taking heat from the Earth to drive an electrical generator, thus producing electricity. This happens in geothermal power plants, where they tap into hot water reservoirs underground and use the heat generated to produce electricity. “The entire world resource base of geothermal energy has been calculated in government surveys to be larger than the resource bases of coal, oil, gas and uranium combined”  – (www.ourenergy.com).

Many people do not understand why green electricity costs more. After all, it is energy that already exists. The heat is already in the earth, the wind already blows, the sun shines, and the water always flows. How could this be more expensive? The higher prices come from the cost of equipment needed to accumulate renewable energy. The wind mills, underwater turbines, solar panels, and geothermal power plants cost thousands of dollars to purchase and operate.

Shipley Energy is proactive in being environmentally friendly. Our company is always looking for ways to reduce our carbon footprint as well as our customers. We believe in the green energy movement so much that we currently offer a green electricity option for our customers. We want to provide our customers with access to cleaner, more efficient ways to consume energy. For more information on the benefits and how to power your home with green electricity, call (800) 839-1849.