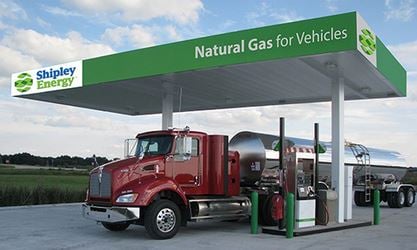 Every year brings new innovation into the world of green energy and sustainability.  It seems almost daily that there is a new invention or new information pertaining to fuel efficiency, clean energy or sustainability.  For the upcoming year, we’re already seeing a few trends.

Costs for solar and wind-powered energy are plummeting.

Prices for installing and building wind turbines and solar panels have dropped to affordable levels.  Because of that, they are becoming extremely popular energy options.  In Europe, the cost of wind production matches the price of the more expensive coal plants.  Currently, installing and building solar panels is still the most expensive but that should drop to the current cost of wind by 2020.  Furthermore, natural gas has become extremely popular.  Because of that, it is already hurting coal-powered energy production in the USA.  Having lower costs for wind and solar will only further devalue coal-powered plants which will reduce overall carbon emissions.

There are new environmental regulations being created that is making coal consumption less desirable in the USA, Europe and China.  In 2014, the Environmental Protection Agency (EPA) proposed the Clean Power Plan in the USA.  The plan is the first of its kind and lays out the pollution standards for existing power plants.  By 2030, the goal is to have a 30% reduction in carbon pollution from the power sector.  Because of these new standards, many coal-powered plants will be moving towards retirement.  As it stands, natural gas as an energy source will likely replace coal but long-term projections show that green energy will likely be more popular.

More companies are “going green” and calling for additional action.

More and more larger, well-known companies are taking steps to using 100% renewable energy.  For example, Apple is the only company in their industry that has all of their data centers powered by 100% renewable energy.  They are very open with their feelings on the importance of green energy and its impact on the planet.  Amazon.com, Google, and Facebook have all announced plans to also be 100% green.  Other examples are both Bill Gates of Microsoft and Chad Holiday, CEO of Bank of America, have invested $16 billion into clean energy.

There is a greater investment in “smart grid” technology.

The concept of “smart grid” relies on technology that uses electricity more efficiently.  For example, there are sensors that automatically shut off an appliance during peak-use times or simply when it’s not being used.  There are also meters that give an alert when rates are low for high-energy use activities like washing laundry.  Similarly, there are meters that will monitor your overall energy usage.  With this type of monitoring, you can immediately see the impact of simply turning on a light.

Additional solar energy technology is always evolving.  Just weeks ago, Michigan State University researchers created clear solar panels.  The glass absorbs non-visible sunlight and converts it to electricity.  For now, they can only be made in a small size and they are not as efficient as normal solar panels, but there is huge potential for commercial and industrial use if larger, more efficient panes can be made.

Solar Roadways, a small Idaho start-up was recently crowd-funded for over 2.2 million dollars via Indiegogo.  Their mission is to retrofit parking lots, sidewalks and eventually highways with hexagonal solar panels.  Each cell is designed with high visibility LED lighting, a heater to prevent snow and ice build-up, and a microprocessor to communicate with the adjacent cells. The company believes their hexagons would allow businesses to be fully off-grid and would significantly reduce carbon emissions, as well as charge electric cars as they drive via induction. There are many technological hurdles to overcome, but with the level of support they've been given, it's clear that people around the world want to see something revolutionary.

The future is green.

Shipley Energy opened a Compressed Natural Gas Station (CNG) in the first quarter of 2015, which is a huge step towards being green.  What is compressed natural gas you may be asking? Compressed natural gas is a clean and cheaper alternative to gasoline and diesel.  On average, CNG costs 40% less than gasoline and diesel and cuts overall emissions by up to 30%.  CNG is a cleaner fuel for our future.

To discover more about compressed natural gas or to calculate your savings on CNG, visit Shipley Energy online.