It’s certainly no secret that this has been an abnormal winter. Between the current El Nino tying 1997 – 1998 as the strongest on record and improved refinement techniques for natural gas and oil, we are experiencing a very unique energy-trend. 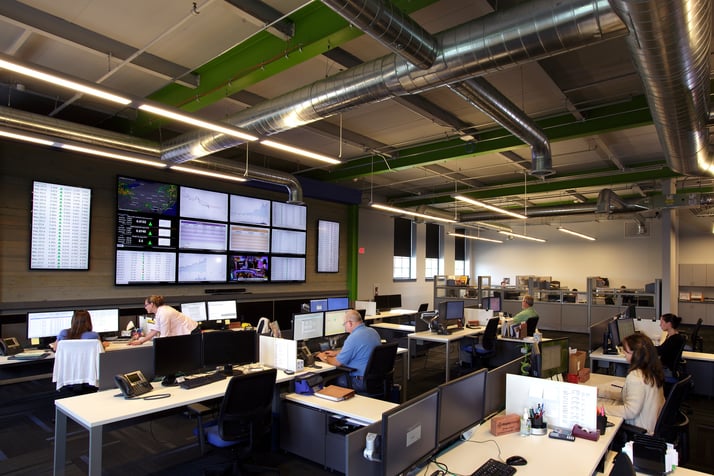 The National Oceanic and Atmospheric Administration (NOAA) is forecasting much warmer than last winter. But, the past two winters show that weather is extremely unpredictable. There have been multiple scenarios where temperatures are 10% colder or 10% warmer than originally forecast. For example, there are some projections that show February and March being much colder than average with significant snow-fall.

Until January, the temperatures had been well above average and over-all energy savings reflected the higher temperature. For natural gas, the US Energy Information Administration has  a 6% decline in residential natural gas consumption. Not only will consumption be lower, but the overall cost of natural gas is showing to be an average of 4% less than last year.

Savings with heating oil and propane are in a similar situation. Because the cost of crude oil is the lowest it’s been in over a decade, heating oil prices are expected to continue to be lower than they were last winter. This is due to warmer-than-average temperatures plus an excess to supply to consumption. However, very much like the weather, crude oil forecast prices are uncertain and could easily change.

However, there are a few additional things to look out for. With the recent removal of the restrictions on United States crude oil exports, it’s difficult to say how it will impact the oil market. There have been numerous reports that say that oil prices won’t be affected by our new ability to export US crude oil. 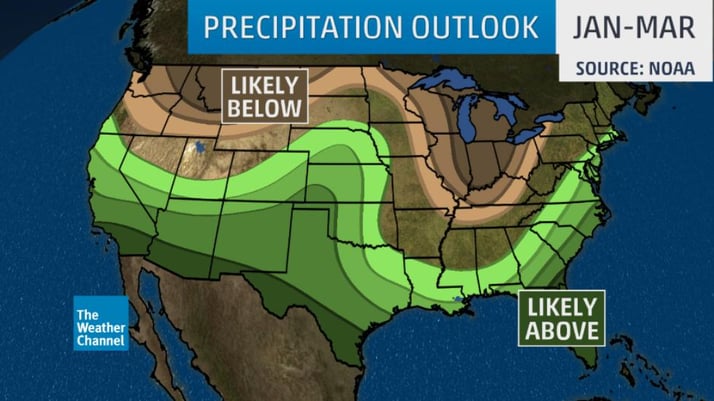 “However, three variables, in addition to El Niño, could play an important role in early 2016, including the North Atlantic Oscillation, the Arctic Oscillation and the Madden-Julian Oscillation. These features can be difficult to forecast more than a few weeks in advance.

The North Atlantic Oscillation (NAO) basically describes the degree of blocking of the jet stream over the North Atlantic Ocean, frequently in the vicinity of Greenland. The NAO's negative phase features high pressure aloft blocking the west-to-east flow of the jet stream, forcing it to buckle south over the eastern U.S., ushering in prolonged cold air. The positive phase is just the opposite; no blocking means Canadian cold air mainly drains west-to-east across the content, not plunging deep into the U.S.

The Arctic Oscillation is a climate pattern characterized by the strength of counterclockwise winds around the Arctic. Its positive phase confines cold air to the Polar Regions, while its negative phase is associated with cold air penetrating farther south, as well as an increased chance of nor'easters.

The Madden-Julian Oscillation is associated with variations in tropical thunderstorm activity (convection) and is characterized by an eastward-moving pulse of atmospheric features affecting cloud formation, precipitation and pressure patterns. This pulse circles the globe roughly once every one to two months. In turn, the jet streams over the North Pacific and South Pacific can be impacted during the winter due to large-scale changes in tropical convection. This can contribute to blocking activity which impacts the amount of precipitation across the Pacific Northwest.” – weather.com

Looking for a change in your energy?